Today I launched my residential project here at Trinity College. In the tradition of Kodak’s ‘You Press the Button, We Do the Rest!’, I have invited people to press some buttons, and in the spirit of Dave Gorman’s ‘Modern Life is Goodish’, I will later attempt to recover the found film and bring some kind of picture out of it.

This picture will, I hope, be reflective of what happens here at Trinity. I have distributed 25 disposable film cameras around the community, some in the hands of individuals and groups, others to be found in various places on site (the library, the dining room, the games room, the chapel). It’s a free-for-all invitation to join my camera club, so that people see them and don’t just think ‘Oh, that’s the crazy artist’s project’, but ‘This is my art project’. I want to pile-up the visual evidence of life here – the only rule is that pictures have to have people in them – and from that, perhaps to see where the word ‘kingdom’ starts to define this place, rather than ‘club’.

What, after all, does the kingdom of God look like? Jesus told parables when people asked him that question, and there’s a sense in which photographic collage tells a story in a similarly oblique but down-to-earth way, rather than idealising or spiritualising the real. I don’t know what will be parable-like about these photographs, but I do plan something collage-like at the end of it. And if this seems to be showing only an inward-facing College, I’ve also started a parallel project for a companion piece exploring the external-facing aspect: I have asked people to identify particular churches in their life, and along more conceptual lines, I’ll start working on a kind of map that explores a global spiritual topography linked to this community. 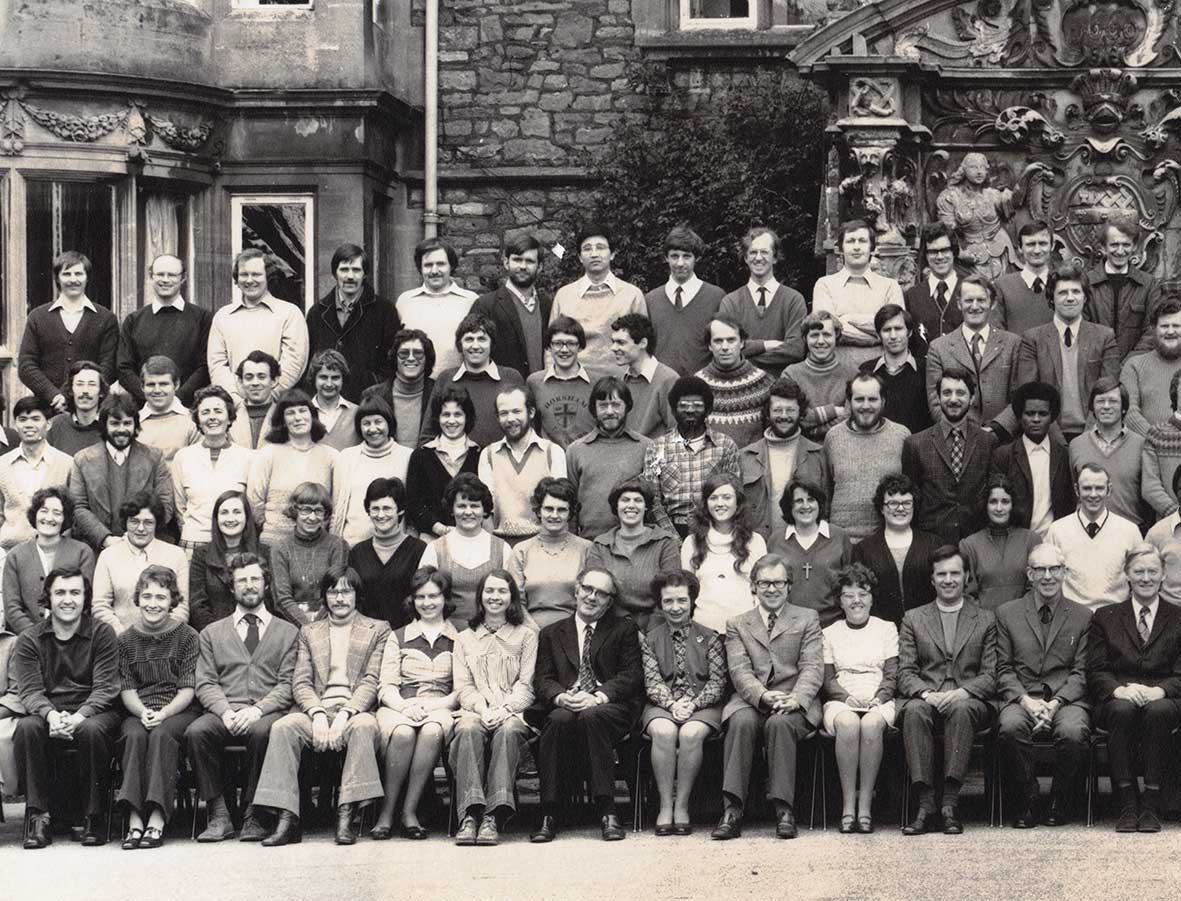 I’m thinking about the phrase ‘making an entrance’ – I think my artwork here in Trinity College’s reception is introducing itself quite quietly, but hopefully…

1 thought on “Everyone’s in my camera club”