The time has come for my family to leave Lacock, having arrived in here in 2015. Back then, I welcomed the place for the resonances of its photographic heritage and my own geographical journey: it seemed to promise a moment of consolidation, of leaving lands connected to my upbringing and education, and finding home in something more intellectually rooted.

Five years later, and there is so much to be thankful for that has happened here. I could draw up a list of significant moments, a project report for a life lived across work, church, and my children’s early primary years. It might put some markers in the sand, in the way we tend to with autobiographical reflection. But here I want to think about it more conceptually, in the frame of considering a photograph, above, of the Talbot gravestones in Lacock’s cemetery. I walked past them every day doing the school run, and they often appeared to me like sentries: two upright, uniform guards, firmly poised amongst the tilting and wavering forms of nearby headstones. Their prominence grew in my mind’s eye when the two cedar trees marking the entrance to the cemetery were cut down, and they became the surrogate gate-keepers on a more prosaic, but human, level.

They’re ornamentally unremarkable, no decoration to speak of, no elaborate detail in the carving, not even any lyrical prose to mark this most influential family of the area. They don’t bear the marks of attention from the living either, becoming slowly more and more weathered, claimed by lichen and red valerian pushing up through the gravel. Recently a resident complained that they ought to be looked after, and tended to, by the National Trust, who own most of the land that used to belong to the Talbots. The Trust declined. The photographs in this local news article show the resident in one image arms folded, next to the gravestones, and in another leaning across to place a territorial hand above Talbot’s name. I wondered if my photograph should have me too like that, testifying to my purpose being there, claiming the connection as an authoritative steward of photography’s histories. Or whether I should adopt something altogether more poetic, something like John Dugdale’s self-portrait cyanotype, where he is seated below Talbot’s name in a frontispiece for his book ‘Life’s Evening Hour’ (2000).

Instead, my image has just the stones, assuming a formal portrait pose of their own. I like the lining up of linear histories, a testament to time that comes from verbal identification first – not personal association, not physical connection, but something embedded in language. It is language that assumes the patina, language whose greying clusters and diversions for rainfall draw the patterning of nature’s palimpsest. Everything happens around language, around Talbot’s world-changing invention AS language – even if I locate the scene, its shapes and frame in a pictorial mode (of that, there, then), I also draw it into association and conversation (a black-and-white lurch into semantics). Lacock for me was all about this, all about a shifting, layering landscape of photography. I think I had hopes that as a ‘promised land’ it would offer some concrete direction or place from which to orient myself anew – when actually it fostered something else, something less static, something still to be written, a habit of creating slowly, askew, and in the dark. Despite the spectacular lenses of film crews, Harry Potter and National Trust promotion, Lacock is a small place, and things remain small there, tended or untended. But I’d like to think that for me, they will also flow as milk and honey. 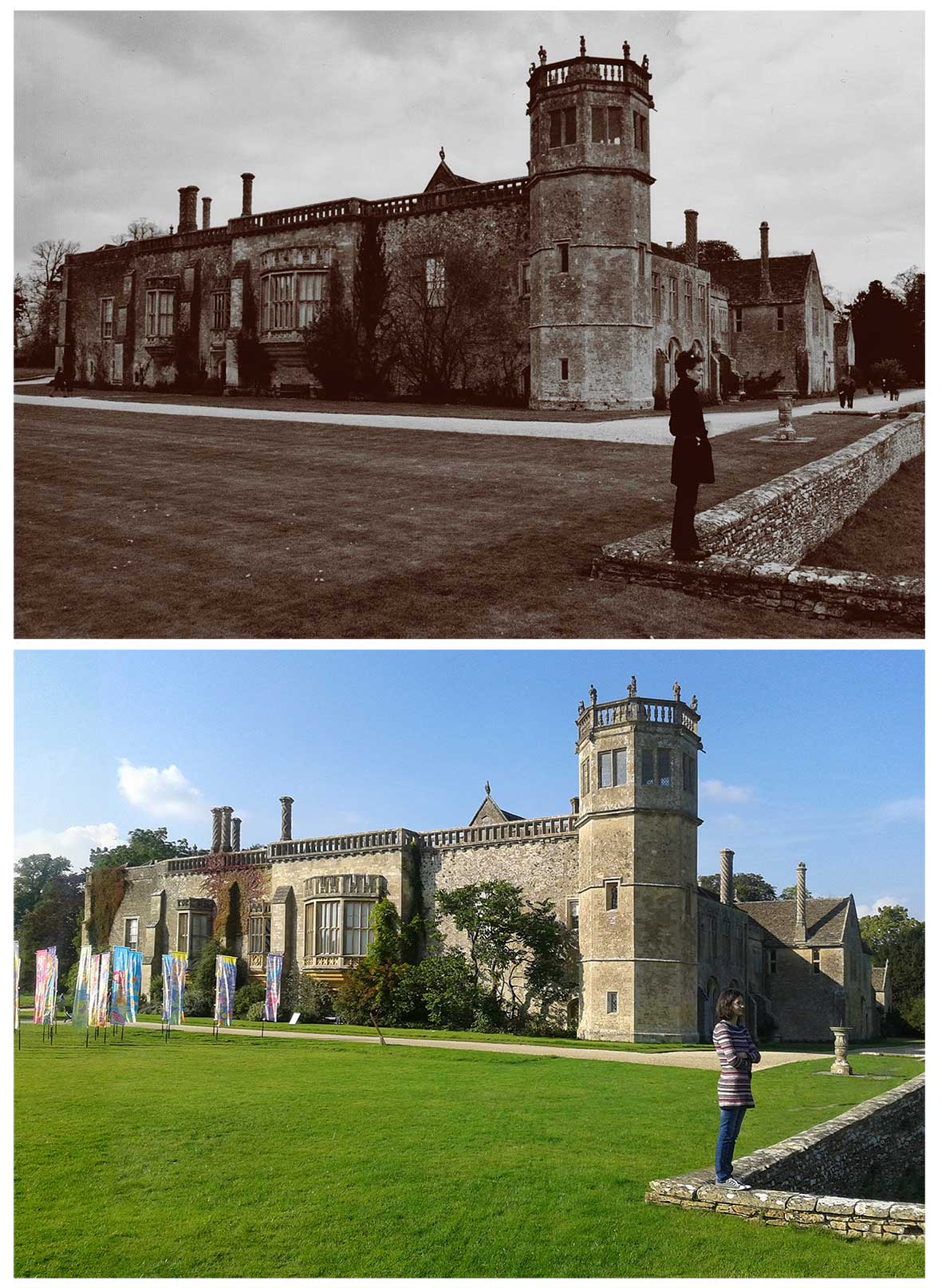 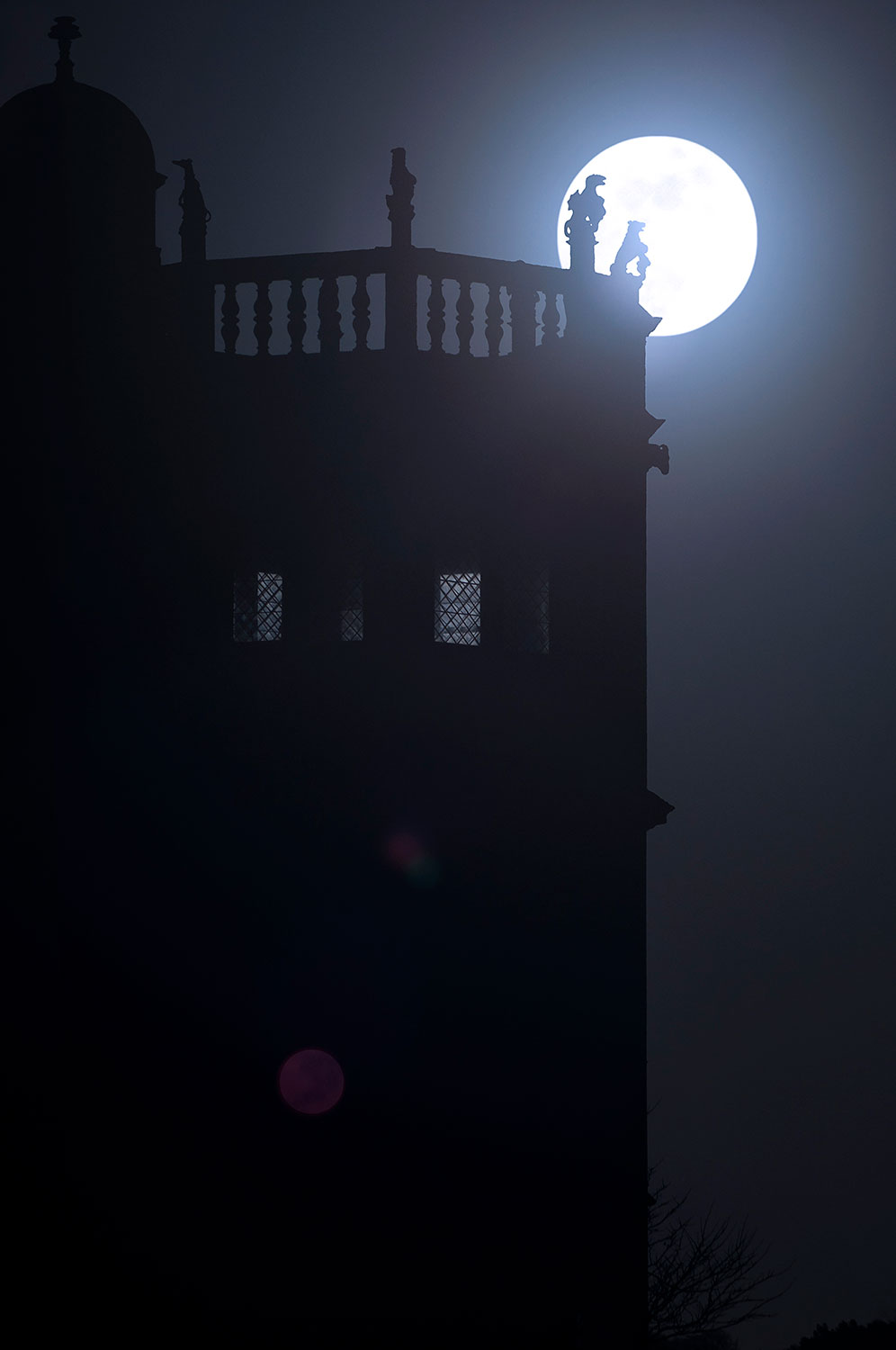 Image: Sharrington Tower in the Moonlight I, 2018. Photograph by Sheona Beaumont. Photographing celestial events is something I can’t resist. I’ve had my camera trained…